Difference between apples and oranges

I have wanted to address this question for a long time, because there is a stereotype of prostitutes willing to have sex with any man who offers them money. Some are more/less discerning than others. There is also an assumption that prostitutes strongly prefer wealthy men. My own personal preferences may differ from other escorts, because I preferquality over quantity.  As a courtesan, I see clients very discerningly and sparingly. I am very picky with whom I see as clients, because I want to meet men whom I can potentially enjoy.  Thus, I choose men who I think will be a positive experience — regardless of social status. Wealth doesn’t imply decency, respect, pleasure, or even generosity. 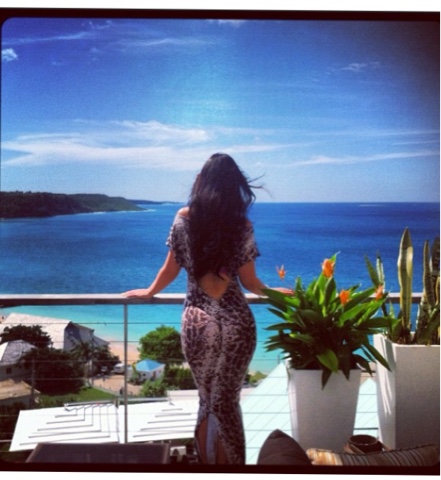 Indeed, escorts do love men whom are generous. But over the years, I have learnt that generosity does not mean one is necessarily rich or wealthy. I have met generous men from all social statures. Just because someone has a fancy job and wears fancy clothing does not mean he will be a good client, good at sex, or have a good heart, etc. Some clients may offer lots of money, yet at the compromise of an escorts comfort-level or dignity. When I lived overseas in a bigger city, there was a very tragic abundance of wealthy business men, who offered HUGE sums of money to high-class escorts to ‘party’ with them. By ‘party’ I am referring to doing drugs. Sadly, many escorts are lured to these clients because of the big pay-out. But is large sums of money worth the terrible, soul-less atmosphere? I try my best to avoid these type of clients. But sadly, many escorts do not. I feel sad when I see women chase certain wealthy men, whom have rather ‘soul-less’ attitudes and values. The money is not worth the degradation and consequences that follow. Indeed, not all wealthy clients are soul-less, as there are some wealthy clients whom, thankfully, retain humbleness.I absolutely loath arrogant and chauvinist types (men who boast about their successes and money). I don’t care how much money is offered, my comfort is always first. For instance, I got a email the other day from a man who claimed to be a “wealthy business man.” I’m well aware of so-called ‘charming’ clients, so I rolled my eyes whilst reading his email. I have met lovely generous and/or wealthy men who do NOT need to boast about their financial success, so I am very skeptical about arrogant types. Anyway, this man had offered me a large sum of money for a multi-hour appointment. To top off his arrogance, he had to mention the fact that he would be driving his alleged luxury car. After I finished reading his email, I shook my head in dismay. Does he really think I am that stupid and shallow? Considering he’s that superficial, he will most likely be judging me on the same superficial basis. I could only imagine how uncomfortable I’d be with such an arrogant person. I wanted to email him back and give him a piece of my mind: “I am not interested in your money or car. I am not a senseless woman who is easily swayed by someone who’s only quality is his money!” But instead, I just ignored the email.I have also had decent clients who have wanted to get more personal, and they made generous offers. But I was not comfortable with seeing them outside, such as dinners, outings or traveling. So I declined. Again, I don’t care how much money is offered, I will not go past my comfort level.Looks can be misleading, so I learnt to not judge by first appearances. I will never forget one of my sweetest clients. It was in a brothel. When I first saw him, I felt scared. He was an extremely tall and broad man, with a very stern and hard looking face, and dressed in rugged, working-class attire — he looked like he would snap me in half. But as soon as we entered the bedroom, I heard his voice. He was a soft, gentle, sweet man. His intimidating appearance was softened instantly. He turned out to be extremely gifted in giving pleasure. He also gave me very generous tips after every appointment, which initially I found to be shocking because he looked rather rugged! There have been many others like him, where I misjudged upon first appearance, only to be later impressed by their kindness and generosity afterwards. Likewise, a client could be well-dressed, wearing expensive designer items, boasting of their successes, and voila, they turn out to be cheap. You can afford a Mercedes, and yet you are asking a prostitute for a discount?Overall, great clients cannot be defined by their money. I have always liked humble men, who have kind hearts and good intentions, which comes in all walks of life. What saddens me is that escorts can be cruel themselves. When I was working in a brothel, I observed it was common for escorts to be rude to ‘unattractive’ or socially nervous clients. These were men who were  kind and sweet, yet because they appeared ‘uncool’ or timid they were treated cruelly by some escorts. I try my best not to judge clients on initial appearances, but rather judge by how they treat me. A genuinely warm heart and kind soul makes someone attractive in my eyes. So in essence, there is good and bad in all people, in all walks of life.
Posted by Veronica Dubai Escort at 3:10 PM No comments: