It’s So Not Ok

American porn star August Amas killed herself after allegedly being the victim of online bullying, a video of a tearful Keaton Jones has gone viral begging for bullies to leave him alone….another day, another story of someone ending their usually short lives because of endless taunts, cruel words, and abuse. I acknowledge there are two sides to a story, usually three, and more than often, there are other factors in play. But there is zero doubt that bullying has hit an all-time high.
If you have never been on the receiving end of online bullying, allow me to share snippets of my experience. (My crime, by the way, was dipping my toes in the adult industry (after all, I am an adult) and writing a book or two about it). 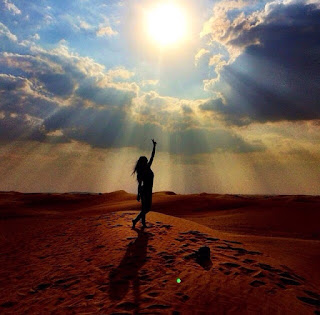 So, deep breath here goes:
“You are a whore and a slut and so repulsive I wouldn’t even shag you for free.”


“You make me sick, I hope your family disowns you and you die alone.


“You should never be allowed to be in the same room as a child.”


Or this one; short but to the point: “I hope you get AIDS and die.”


Or every time I write a column or blog post, a handful of women from the industry I tried to stick up for will go for my jugular. One even wrote a letter on social media addressed to me on why I should shut the F up. A few others chimed in, spouting venom with their vitriolic comments of hate. “Yeah, we hate Veronica..she’s not all that…she’s ugly…I hate her….” I’d never met any of these women before. My crime that time was saying publicly in my opinion men prefer nude fingernails on women to neon nails. (I am never commenting on fingernails again).
I’ve lost count the number of times well-meaning friends will call me up breathlessly and say ‘God don't read what so and so has said about you – it’s just awful, shocking…how do you cope..…”
Sure I’ve cried, I’ve felt sick with anxiety and I’ve had to stop myself from firing off responses back (not family-friendly ones).
It’s been a real eye-opener for me. I’m one of these people that thinks most people in the world are nice. I like people immediately (unless you do me wrong, and then I will never like you again).
But the fact is, not everyone is nice. There are some really, really mean people out there.
I’m a big girl, I can handle it. I’ve toughened up and there isn’t much anyone could say to me now that will get a reaction. I’ve had everything thrown at me, I’ve heard it all and I’ve dealt with it, and I am still here. The only opinions I care about are the people I love. But not everyone is strong. Not everyone can move on. And for those people being bullied, being attacked, who is the victim of hate, abuse and judgment; here are my tips for getting through it.
1. Don’t read it. It’s pretty simple but amazingly hard not to do – like slowing down as you drive past a fatal car crash. Don’t do it. You’ll see something shocking and the tiny words will feel like bullets. Close the computer and walk away. Don’t pour over every single word, agonizing over each nasty comment. At the height of my bullying, I didn’t log on for a week. I would go for a coffee, play with my dogs. What strangers were saying about me online was not my day-to-day reality. Don’t make it yours. Bullies are like sheep. They bleat on until they shuffle onto the next thing. Wait it out.
2. Don’t believe it. If I believed everything my bullies said about me, I’d be a nervous wreck. We all have that negative critical voice inside of us that tells us we’re not good enough. Having healthy self-esteem is hard enough work as it is. Don’t get sucked into other peoples’ opinions of you. They have no idea who you are. Unless you kill, rape, and abuse, you are not a bad person. Repeat after me: I am a good person!
3. Do not fire back. Giving bullies airtime and attention is the worst thing you can do. You will never win. They will never say ‘You’re right, I am wrong.’ They will take what you say and fire off even more nastiness. It’s really hard not to stick up for yourself online but you aren’t dealing with rational people. You can’t fight fire with fire. With no energy, they’ll run out of steam eventually.
4. Block. Whoever invented the ‘Block’ button deserves the Nobel Peace Prize. There is nothing quite as satisfying as deleting someone in the press of a button. My block list is longer than my arm. No one gets a second chance with me. Stop being too nice and giving bullies a second chance. Hurt me once? Bye-bye. Protect yourself from them doing it to you ever again.
5. My last point is controversial but then again, so am I. And it was a golden nugget of advice from the deputy head of a primary school. I confessed I had confronted an (adult) bully in the playground and lost my temper. “Well my dear,” she said. “Sometimes you have to punch a bully on the nose.” Not literally of course. But if it’s face-to-face, sometimes you need to give them a right royal serve back. Look them in the eyes and say your piece firmly. Nothing beats the look of shock on their face when you stick up for yourself.
Posted by Veronica Dubai Escort at 12:17 AM